Introduction
Almost all people around the world have social media accounts. Some of them even have several accounts in different social media networks. Somehow, humans are grateful for the developers of these sites. Why? Well, first of, social media can let a person communicates to other person no matter how far they are with each other. It builds bridges to form good relationships. There are many benefits in using these kinds of networks. Nowadays, these sites have the ability to promote products or services of a certain company. Marketers often refer this term as social media advertising. Social Media advertising is one of the fresh and new methods in digital advertising.
Percentage of Total Expenditure in Social Media 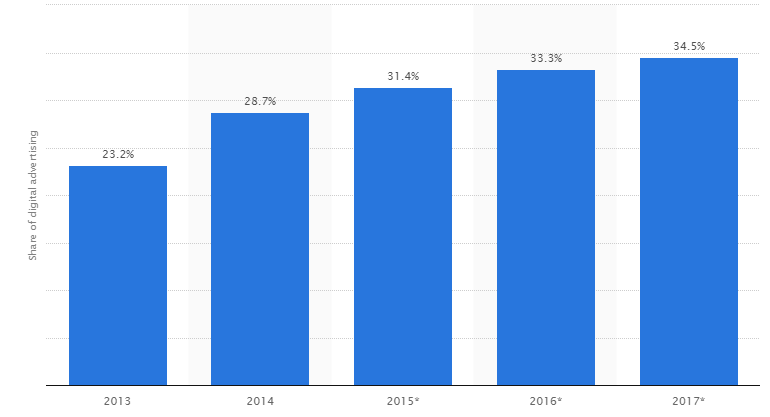 In conclusion, if businessmen are planning to invest their advertisements in social media, they must learn how to operate it and how to garner more people using it. If intelligently used, then social media advertising is very much useful in the business world.