Many have known that search advertising is another method of placing internet advertisements on web sites that are results from search engine queries. In the past few years, it is the most popular online advertising that has ever made. Search advertisement is oftentimes correlated with the word keywords. These keywords are the ones that online users put on the search engine. Many customers around the globe use this to immediately identify and compare a product from other products before making a decision to purchase it. In other words, a consumer tends to type a keyword in search of a certain company, product or service to assure their better quality than the other.
Total Expenditure of Search Advertising

The graph below tells the search advertising expenditure worldwide in 2014, 2015 and also estimated the amount that will spend in the year 2016. 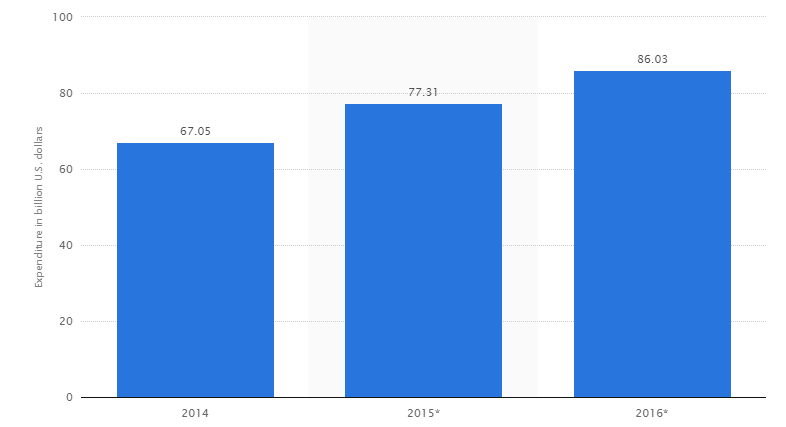 Hence, in conclusion, the total expenditure of search advertising is predicted to be increasing. Thus it can be said that some marketers are still using it and believing in its power to persuade and allure people to buy the products or services that have been offered to them. Even though digital advertising will reign popularity, still it cannot be denied that search advertising never loses its power of advertising.